Autism spectrum disorders (ASDs) are complex and prevalent neurodevelopmental disorders predominantly diagnosed through observation of a wide variety of atypical behavior, expressed by impairments in socialization, communication, thinking, interests, activities and cognitive skills as well as restricted and repetitive behavior. Autism is considered a heterogeneous condition with both medical and psychiatric comorbidities. Medical comorbidities include gastrointestinal disorders, neuro-inflammation, immune system disorders, vitamin deficiencies, sleep disorders and epilepsy while psychiatric comorbidities include attention-deficit hyperactivity disorder, social anxiety disorder, depression, bipolar disorder and intellectual disability. The risk of premature mortality in ASD patients has been observed to be noticeably higher in comparison with the general population. Moreover, this condition imposes a financial burden on families, society and health systems. Several interventions and treatments have been considered for the management of ASD, mostly focusing on ameliorating comorbidities and enhancing the quality of life in patient afflicted with this disorder.  The precise mechanism of ASD pathogenesis is not yet fully understood and has been associated with both genetic and non-genetic factors. Recent genetic analyses have uncovered important evidence pertaining to the role of potassium channels in etiology of ASD. The A-type voltage-gated potassium channel Kv4.2 is encoded by KCND2. Mutations of the Kv4.2 channel gene have been associated with ASD onset. Furthermore, Kv4.2 mRNA binds to fragile X mental retardation protein (FMRP) also known as synaptic functional regulator FMR1.  FMRP is a protein which binds to hundreds of mRNAs, regulating their translation in postsynaptic neurons. The loss of FMRP as a consequent of mutations in FMR1 gene, leads to fragile X syndrome (FXS), which is the leading genetic cause of autism in about 5 percent of ASD patients. Therefore, induction of Kv4.2 channel expression has been implied to play an important role in etiology of ASD. In this regard, it was hypothesized that potassium channel blockers specific for Kv4.2 subunit could be utilized to manage ASD. Zonisamide (ZNS) is a drug used mostly in treatment of epilepsy and management of both focal and generalized seizures. Recently, the use of this drug in other neurological disorders such as Parkinson has been evaluated. Zonisamide exerts its effects through multiple routes. The most predominant mechanism of action for Zonisamide is the blockage of voltage-dependent sodium and T-type calcium channels. Furthermore, the drug was also reported to effectively block A-type potassium channels in hippocampal cells. In 2019, Dr. Mehdi Nabati and Dr. Vida Bodaghi designed novel drugs P3TZ, H2P3TZ, M2P3TZ, H4P3TZ and M4P3TZ for treatment of autism disease based on the molecular structure of Zonisamide. 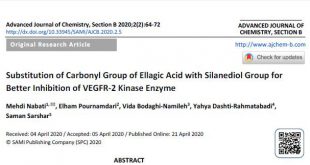 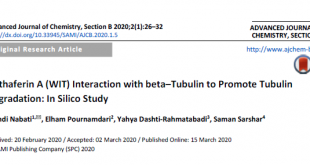 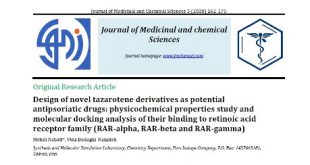 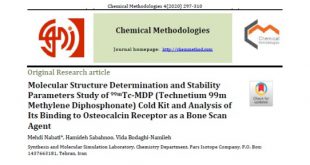 Powered by IRCHEMIST | Designed by NABATI
© Copyright 2022, All Rights Reserved